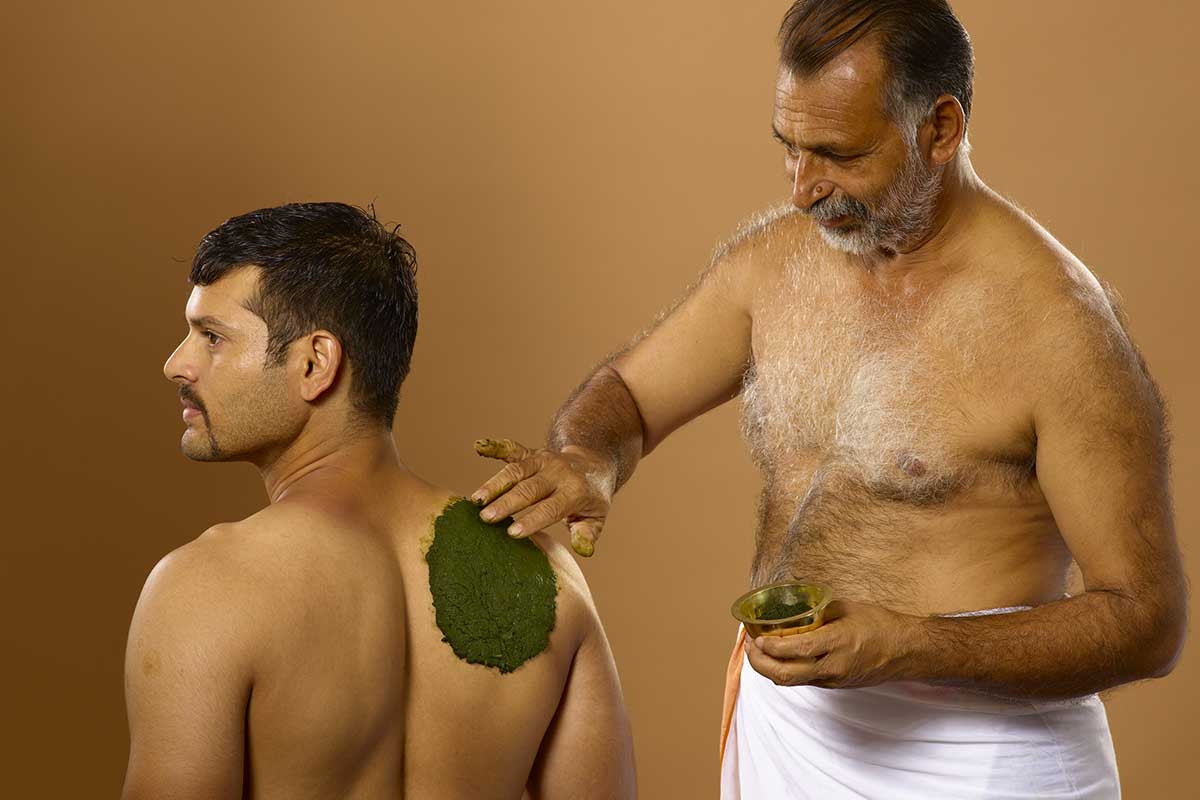 Though psoriasis is believed to be the chronic one, Shiva Ayurveda heals you with the best psoriasis treatment in Kerala. No matter if your disease is chronic or not, Shiva Ayurveda has always been capable of curing diseases thoroughly. Psoriasis Treatment requires utmost care and therefore we recommend beginning your treatment program after the consultation with our doctor.

Psoriasis Treatment in Kerala includes external and internal procedures that help in natural healing of psoriasis. Herbal medicines with blood purifying properties and panchakarma treatment for detoxification help in treating psoriasis. Psoriasis can also be treated by bringing changes to lifestyle and diet based on the body constitution.

With the aim of better control on Psoriasis, Ayurveda also has a specific schedule comprised of various panchakarma aspects that includes purely herbal originated internal and external medications.

Psoriasis is derived from the word psora means "itch", is an itchy condition of the skin. It is a chronic skin disease in which itchy, scaly and red patches are formed on various parts of the body and the scalp. It is usually a skin condition where the life cycle of skin cells changes, leading them to build up on the surface of the skin. The resulting build-up of cells can be itchy and sometimes painful. Psoriasis is non-contagious and does not transmit from one person to another. Also, psoriasis is curable depending on type and degree of severity.

In Ayurvedic texts psoriasis compared to 'Ek-Khusta'. Ayurveda mentions about psoriasis as occurring due to vitiation of Vata and Kapha doshas. This causes the accumulation of ama or toxins in few of the dhatus contaminating them leading to psoriasis. Removing ama or toxins and balancing pitta dosha can is the aim of psoriasis treatment in kerala.

This process separate out the toxins from the body tissues and blood so that they can be easily eliminated. This is the first stage of panchakarma and it includes two treatments:

Snehana is the lubrication of the body, mainly with the use of oil or ghee (clarified butter). The patient is given medicated oil/ghee in increasing quantity until some particular signs and symptoms occur.

Immediately after Snehana, fomentation especially in the form of a steam bath is given to produce sweating. This liquefies the toxins so that they can easily flow down to the gastrointestinal tract and get removed in the subsequent process.

This is the real detoxification process where elimination of toxins from the body takes place. It consists of five therapeutic treatments. That's why it is called as Panchakarma(five actions).

It is a therapy which removes Kapha toxins from the body, especially from the respiratory tract. The treatment involves loosening and mobilizing of toxins to eliminate them.

In this procedure, loose motions are produced to eliminate the toxins. This is quite helpful in treating diseases caused by pitta dosha.

This process involves injection of medication through the nostrils to eliminate the toxins accumulated in head and neck region.

In this procedure, enema with medicated oil, herbal decoction, salt and honey is given. It cleanse the colon and increase the muscle tone.

Impurity in Raktha (blood) due to toxins is the cause of many diseases. The procedure here is to let the blood flow out of the body along with doshas.

The last stage of panchakarma is paschat karma, i.e, the aftercare measures that a patient need to take care to get the full benefits of panchakarma treatment. It includes diet, daily routines and medicines.